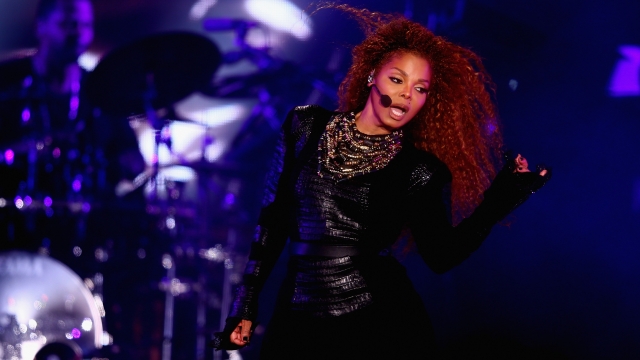 SMS
Janet Jackson Gets An Early 50th Birthday Present: Pregnancy
By Cody LaGrow
By Cody LaGrow
May 4, 2016
The singer is reportedly pregnant just one month after she told fans she was suspending her Unbreakable World Tour to start a family.
SHOW TRANSCRIPT

Janet Jackson better get used to singing about no sleep because she's reportedly got a bun in the oven.

Entertainment Tonight reports that the 49-year-old singer is pregnant with her first child — just one month after she suspended her Unbreakable World Tour.

"My husband and I are planning our family, so I'm going to have to delay the tour. Please, if you could try and understand that it's important that I do this now. I have to rest up — doctor's orders," Jackson explained to fans in April.

Jackson is married to Wissam Al Mana and is set to turn 50 on May 16.

This video includes clips from BMG and images from Getty Images.