Jane Sanders: Bernie And I Will Support Hillary Clinton If She Wins 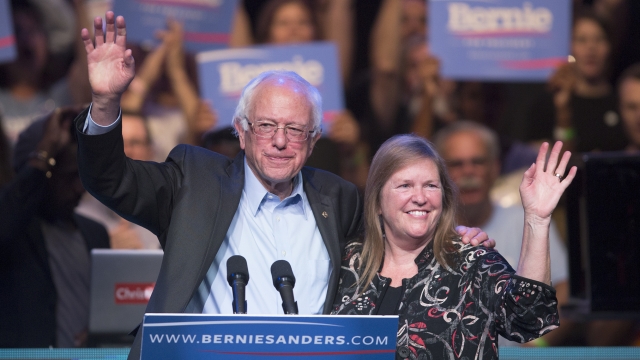 Sen. Bernie Sanders' wife, Jane, says she and her husband will support Hillary Clinton if she ends up clinching the Democratic nomination for president, and she's encouraging her husband's supporters to do the same.

Jane Sanders also said in an interview with The Daily Beast she hopes Clinton and her voter base will support Bernie if he becomes the party's nominee for president.

Things have been a bit tense between the Democratic rivals lately.

"I was a little bit surprised that there didn't seem to be a lot of substance to what he was saying," Clinton said.

There have been reports that Clinton's campaign strategy has recently been focused on portraying Bernie Sanders as unqualified for president.

And in turn, Sanders fired back with statements claiming Clinton wasn't qualified.

"I don't believe that she is qualified if she is, through her super PAC, taking tens of millions of dollars in special-interest loans," Sanders said.

Both candidates later said they weren't trying to say the other wasn't "qualified."

And now, it seems, Jane Sanders is hoping to smooth the waters, while maintaining there is a "stark difference" between her husband and Clinton.

This video includes clips from Hillary for America, Bernie 2016 and MSNBC, and images from Getty Images.