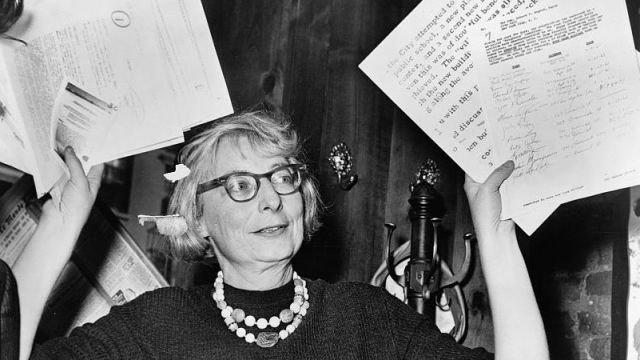 You may not know Jane Jacobs, but on Wednesday, Google and the world honored the journalist and activist who's credited with saving lively neighborhoods.

In the 1960s, many American urban planners wanted to raze slums for new towering complexes. Jacobs, who didn't know much about urban planning, disagreed.

In her influential book "The Death and Life of American Cities," Jacobs argued that dense buildings with a mix of apartments and small businesses led to thriving neighborhoods. She based her theories on her own observations of city life instead of established planning principles.

Jacobs campaigned against powerful planners like Robert Moses to preserve the culture of her Greenwich Village neighborhood in New York, but she faced criticism as an amateur urban planner and a woman.

By the 2000s, urban renewal was dead, and Jacobs had transformed city planning.

This video includes clips from Stewart Wilensky and KWMU, images from the Library of Congress, the Environmental Protection Agency, the United States Geological Survey, pdxcityscape / CC BY 2.0, Sam Beebe / CC BY 2.0, and audio from WNYC.