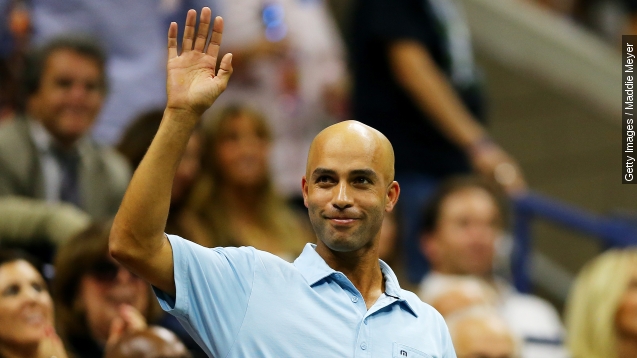 SMS
James Blake Calls For More NYPD Accountability After Arrest
By Samantha Crook
By Samantha Crook
September 12, 2015
Former tennis pro James Blake was misidentified and forcefully arrested. He doesn't want the officer to ever have a badge and gun again.
SHOW TRANSCRIPT

Former tennis star James Blake has even more to say about his violent arrest. He told NBC the apology from the NYPD was a "nice gesture," but more needs to be done.

"It makes me wonder why he was out in the street and given this position to begin with," James Blake told NBC.

The NYPD recently released surveillance video of Blake being slammed to the ground. The department says the arresting officer misidentified Blake as a criminal.

NYPD officer James Frascatore reportedly thought he was arresting someone involved in credit card fraud. Frascatore has had excessive force complaints brought against him in the past and is currently on modified duty.

New York City Mayor Bill de Blasio and NYPD Commissioner William Bratton have both apologized to Blake. Bratton said during a press conference Thursday he had concerns about how Blake was arrested, but he also said he didn't think race was a factor. (Video via Fox News)

"This rush to put a race tag on it ... I'm sorry, that's not involved in this incident at all," Bratton said.