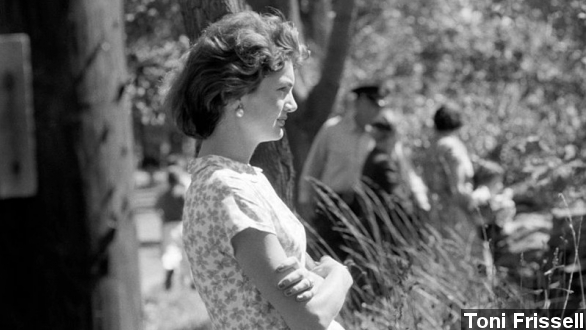 By Katherine Biek
January 15, 2015
Letters Jackie Kennedy Onassis wrote to fashion designers and interior decorators are being put up for auction in Florida.
SHOW TRANSCRIPT

Personal correspondence from Jackie Kennedy Onassis shows the former first lady and style icon was very hands-on when it came to what she wore.

Dozens of letters Onassis wrote to fashion designers and her interior decorator are going up for auction this coming Saturday in Palm Beach, Florida.

She wrote many of the letters, several of which are thank-you notes, on her signature blue stationery.

Others include simple sketches Onassis drew for Bill Hamilton, the design director for Carolina Herrera back then, to use as a reference when designing clothes for her.

CBS sat down with Hamilton, who shared how his design process with Onassis worked.

"There were certain colors she wouldn't want to wear — one of them being black," Hamilton said.

"Onassis wrote she was 'so sick of everyone constantly in black — like Mediterranean villages where everyone is in mourning for 20 years,'" CBS correspondent Vicente Arenas read from one of Onassis' letters.

The correspondence also shows Onassis had strong opinions about pant legs, jacket shapes and the use of shoulder pads in her clothing.

Onassis' interior decorator told CBS she was exactly the same way about what went into her house. She made all the final decisions, even things as small as what sort of trim went on the pillows.

The co-owner of the auction company believes these letters show a different side of Onassis.

"In these notes you get a sense of how someone famous can make the average person comfortable. She really did go out of her way to make people feel appreciated," Rico Baca told the Orlando Sentinel.

The letters, along with some photos of Onassis, have been separated into 30 lots for the auction. Baca believes bidding for each will start between $800 and $1,200.