J.K. Rowling Says Harry Potter Is 'Done' — But We're Not So Sure 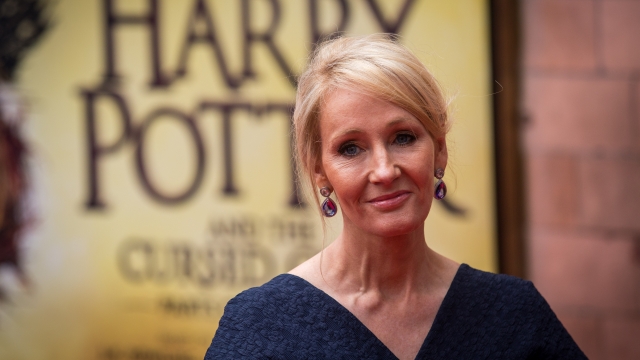 With the premiere of "Harry Potter and the Cursed Child" come and gone, the journey of the Boy Who Lived is finally complete.

She told press at the play's premiere: "This is the next generation. ... So, I'm thrilled to see it realized so beautifully but, no, Harry is done now."

But there are many outlets that aren't so sure the two-part play is really Harry Potter's swan song.

For one thing, most people were pretty sure the heroic story of Harry was over when he vanquished Voldemort at the end of the "Deathly Hallows" book.

Jump ahead nine years to 2016, and now we've got the two-part play that not only set new preorder records with the print version of its script, but also had its run extended through December 2017 because so many people wanted tickets.

And then there's the "Fantastic Beasts and Where to Find Them" spinoff film, based on a companion book Rowling wrote in 2001.

Rowling, who is the film's screenwriter, confirmed on Twitter that "Fantastic Beasts" will be a movie trilogy.

So, we'll go along with Rowling and acknowledge that for now, Harry's journey is complete. But if something new involving the Boy Who Lived just happens to debut in the next decade or so, will anyone be surprised?

This video includes clips from "Harry Potter and the Cursed Child," Warner Bros. and Pottermore, and images from Getty Images.