J.K. Rowling Reveals A 'Harry Potter' Play Is In The Works 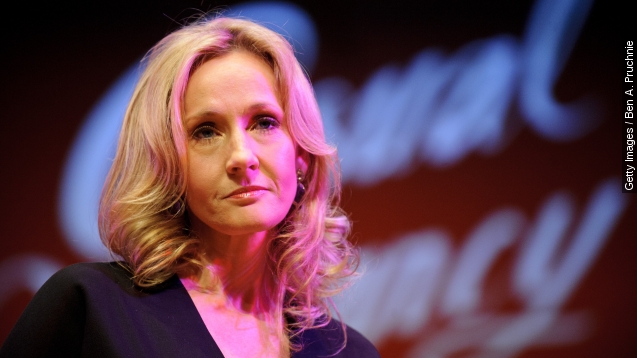 While it may have seemed like Harry Potter's journey ended with the release of "Harry Potter and the Deathly Hallows" in 2007, author J.K. Rowling is proving the story about The Boy Who Lived is far from over.

Rowling tweeted she's been working on a new play called "Harry Potter and the Cursed Child," which will debut in London in 2016.

The play will run at The Palace Theatre. Its website says "Harry Potter and the Cursed Child" "will explore the backstory leading up to Harry's parents untimely death at the hands of Lord Voldemort."

Despite sounding a lot like a prequel to her "Harry Potter" series, Rowling tweeted that the play isn't one.

Because the series started with Harry's parents dying, Potter fans didn't really get to even meet Lily and James Potter until book five when Harry was sucked into an old memory of Professor Snape's. (Video via Warner Bros. / "Harry Potter and the Order of the Phoenix")

Since the completion of the book series, Rowling has released more tidbits about Lily and James on Pottermore, a website dedicated to a retelling of the story combined with never-before-released content from Rowling.

While Rowling didn't write this play, she has been busy making her screenwriting debut for the upcoming film "Fantastic Beasts and Where to Find Them" starring Eddie Redmayne.

The film is being billed as a counterpart to the Harry Potter series, which The Wall Street Journal reports grossed around $7.7 billion globally over its eight films. (Video via Warner Bros. / "Harry Potter and the Deathly Hallows: Part 2")

Maybe next she will work on the stories of Harry, Ron and Hermione's kiddos.

This video includes Getty Images and music by Brenticus / CC BY 3.0.