J.K. Rowling Is The Master Of Keeping A Fandom Alive 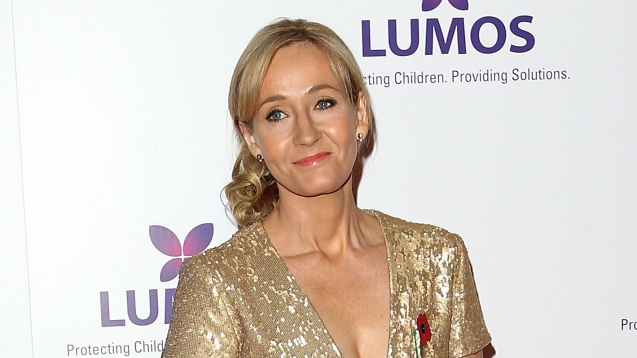 Fifty points to the fandom! With just 10 words Friday, J.K. Rowling more or less confirmed a "Harry Potter" fan theory that's been online for a while.

The fan theory is complicated, as fan theories are, but basically hinges on Albus Dumbledore representing "Death" from a wizardry world myth — "The Tale of the Three Brothers." (Video via Warner Bros.)

Rowling's tweet is just another example of the author doing whatever she can to keep the "Potter" fandom alive and all of us wanting more. And it's not surprising because she's always said the story continues in her head.

"I couldn't stop. I don't think I can. When you've been that involved with characters for that long, it's still all in there. They're all in my head still," Rowling said in an interview with Oprah Winfrey in 2010.

And now, it's constantly going from her head to some social site. On Twitter, she's apologized for (spoiler alert) killing Fred Weasley, revealed the full name of Moaning Myrtle and announced her love for one house of Hogwarts above all others. (Video via NBC)

But the best example is Potter world social site Pottermore. (Video via Pottermore)

"It's the same story with a few crucial additions. The most important one is you," Rowling said in an ad for the social site.

In addition to allowing kids — and fully grown adults — to learn spells and sort themselves into a house, Pottermore is also a channel for Rowling to continually give fans updates on how the whole gang is doing. From the history of the Malfoy family or updates on our favorite trio, through the site, Rowling continues to update and evolve the world of "Harry Potter." (Video via Pottermore, Warner Bros.)

Probably the most controversial announcement was Rowling letting everyone in on something she kept out of the books: Professor Dumbledore being gay.

"As time went on and I got to know Dumbledore — and this is before the publication of 'Philosopher's Stone' — and at this point, I had been with him for seven years, I knew he was gay. I just knew he was gay. And to me, it was not a very big deal," she said in a sit-down with Harry Potter himself, Daniel Radcliffe.

Through social media, Rowling has allowed her fandom to keep a finger on the pulse of Harry Potter’s world, which is very much alive. She's even been dropping hints about an American school of wizardry.