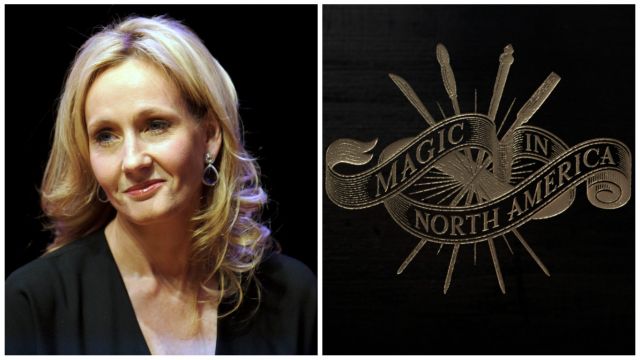 Did we just drink Felix Felicis? Because J.K. Rowling just announced new magical material as part of her series "Magic in North America" that we'll be able to read quicker than traveling to Diagon Alley by Floo powder.

The news broke on fan site Pottermore, where Rowling revealed the first installment inside this secret world is called "History of Magic in North America."

The literature goes live online starting Tuesday, and readers will get a new story every day until Friday. It will cover the U.S. version of Hogwarts, Native American tales, Salem Witch trials and the Magical Congress of the United States of America.

The stories will fill in major gaps in magical history just before Harry Potter fans will learn about the 1920s in New York City in the upcoming film "Fantastic Beasts and Where to Find Them." How excited are we allowed to be about all of this, Eddie Redmayne?

This video includes an image from Getty Images and clips from Warner Bros. and Entertainment Weekly.