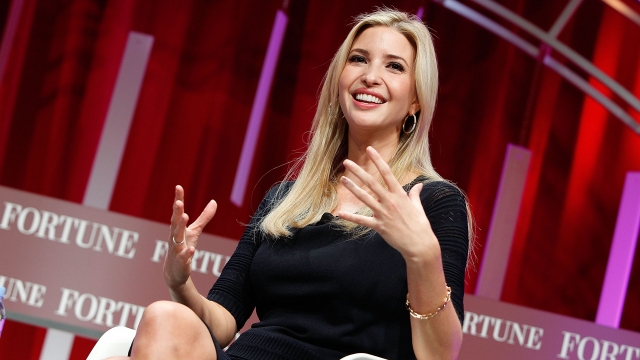 Ivanka Trump has advocated for equal pay many times in the past.

But now, she's facing criticism for a blog post published last month on her website, which seems to indicate she doesn't pay some of the summer interns who work at her company.

The post, which is about how to survive a summer working for free, was written by Ivanka Trump's copy intern who says she's worked as an unpaid intern in New York for three summers.

It's unclear if all of the interns at Ivanka Trump's company are unpaid or just some are. A job posting for a licensing intern posted on the site last year doesn't list a salary. Someone did inquire about compensation in a comment, but the question went unanswered.

As a writer for New York Magazine said Friday, "It would seem Ivanka says one thing while her company does another."

She later clarified she does not have a managerial role in that company and doesn't have the power to give its employees maternity leave.

And a spokesperson said, new mothers who work at Ivanka Trump get eight weeks off, plus unlimited vacation and flexible work schedules.

Trump has yet to respond to Newsy's request for a comment about compensation for internships at the company.