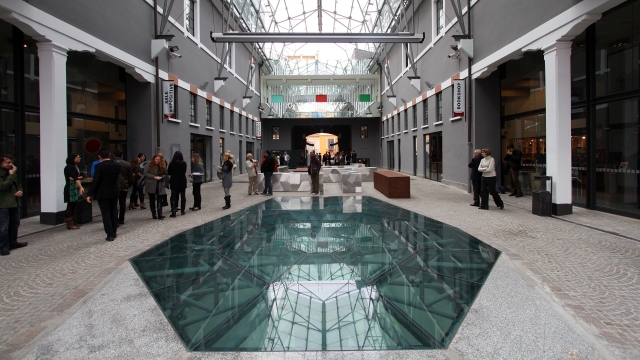 SMS
Italy's Declaring A 'Cultural' War On Terror
By Ryan Biek
By Ryan Biek
September 1, 2016
The government is giving money to young adults to encourage them to participate in artistic activities.
SHOW TRANSCRIPT

Starting this month, Italian teens will receive money from the government in the hopes it will help change their perspective and keep them from becoming extremists.

Eighteen-year-olds living in the country will be eligible to receive vouchers totaling more than $500 a person.

Those vouchers will allow them to go to museums for free, get concert tickets for reduced prices and watch movies.

If you're sensing an artistic vibe, you're on the right track. Italy's prime minister has referred to the war on terror as a "cultural battle."

The credit for Italian youth was first announced after the Paris attacks.

At the time, the Italian prime minister said, "This is a bonus for kids coming of age, to give them the symbolic awareness of what it means to be an adult in Italy — a main protagonist and heir of the greatest cultural heritage in the world."

The government plans on raising defense and security spending by over $1 billion, but it also plans on spending that same amount on culture.

More than half a million 18-year-olds will benefit from this effort. It's expected to cost the Italian government roughly $320 million. Benefits are expected to repeat in 2017 for the next wave of new adults.