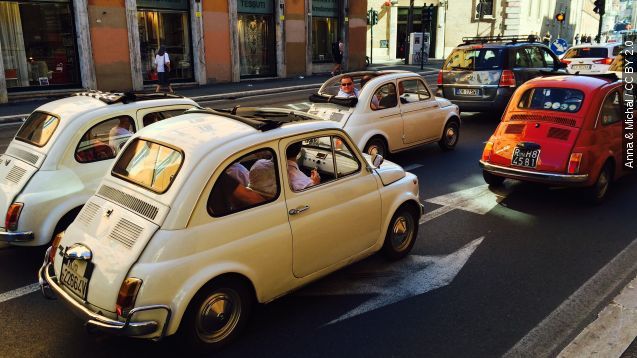 Now probably isn't the ideal time for an Italian vacation. Unless you like to walk a lot and aren't too keen on wood-fired pizza.

High pollution levels mixed with warm and dry weather conditions across the country have prompted several Italian cities to go to extreme lengths to try to alleviate dense smog.

A town outside Naples has shut down wood-fired pizza ovens for the next three months. Authorities in Milan are considering banning fireworks on New Year's Eve. And traditional New Year and Epiphany bonfires are outlawed across different parts of the country too.

It's all in response to dangerous levels of dust particles in the air. Major cities including Milan, Rome and Naples have far exceeded the limit for dangerous air quality measurements, which means people's health might be at risk.

According to a study that measured the health effects associated with air pollution in the country, more than 30,000 people die each year in Italy because of health issues related to poor air quality.

And problematic pollution levels in Italy are nothing new. According to the European Environment Agency, Italy had the most pollution-related deaths in Europe in 2012.

So banning Vespas and fireworks displays probably isn't going to cut it in the long run. Leaders are set to meet later this week to brainstorm what to do next. For now, we're guessing they're hoping for a cool front and some rain.