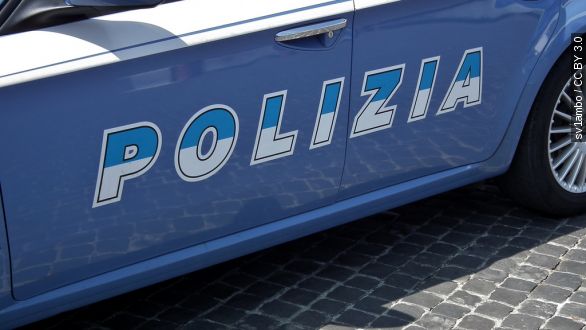 Italian state police have announced the arrest of several members of an Al-Qaeda-linked terror group within Italy. (Video via Polizia di Stato)

So far, authorities have arrested ten suspected extremists, and are searching for eight more suspects. The cell’s supposed headquarters are on the Italian island of Sardinia. (Video via RAI)

Members from the  group are suspected to have traveled back and forth between Afghanistan or Pakistan and Italy. According to police, they also had “an abundant amount of weapons.” (Video via Polizia di Stato)

Speaking to NBC, the lead investigator also said the suspects are believed to have planned an attack against Pope Benedict XVI in 2010, but never went through with it.

The state police also say members of the cell were in contact with Osama Bin Laden before he was killed in 2011.

Speaking at a press conference, the prosecutor said the group had been wiretapped in the past. But it’s unclear if that’s what led to the arrests on Friday.

The terrorist cell essentially acted as a logistical support hub for operations conducted in central and south Asia. At one point, police say about 55,000 euros, or almost $60,000, was smuggled to Pakistan’s capital on a flight coming out of Rome.

The network would help immigrants from Pakistan and Afghanistan into the country illegally, giving them fake job contracts or other false documentation. (Video via Sky Italia)

Earlier this year, Italy warned ISIS is at “Europe’s doorstep” with the foothold it's gained in Libya.

Correction: An earlier version of this video said all 18 suspects were arrested. The video has been updated.