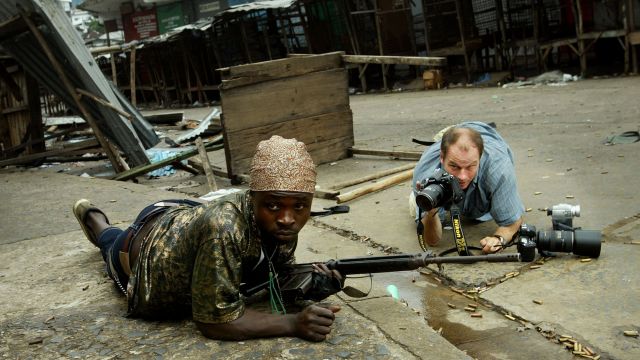 May 3 is World Press Freedom Day, but the state of freedom of the press isn't good.

Since 1993, the United Nations has recognized it as a day to not only celebrate the fundamental principles of press freedom but also to take a close look at the status of press freedoms around the world.

And according to a report by Freedom House, press freedom hit its lowest point in 12 years in 2015. The report notes nearly half of the world lives in countries without any free press.

"A country without a free and independent press has nothing to brag about, nothing to teach and no way to fulfill its potential," U.S. Secretary of State John Kerry said.

The Committee to Protect Journalists says 72 journalists were killed in the line of duty in 2015. That includes the attack on the Charlie Hebdo office in France back in January 2015 that killed 12 people, eight of whom were journalists.

In fall 2015, three Al Jazeera journalists were found guilty of aiding a terrorist organization after a retrial that took most of the year. But less than one month later, they were released from prison after a pardon from Egyptian President Abdel Fattah el-Sisi.

So far in 2016, 10 journalists have been killed because of their work. Another six also died, but the reason for their deaths has not been confirmed by the Committee to Protect Journalists.

This video includes images from Getty Images and clips from Al Jazeera.