Despite Everything, It's Still Too Early To Call The Election 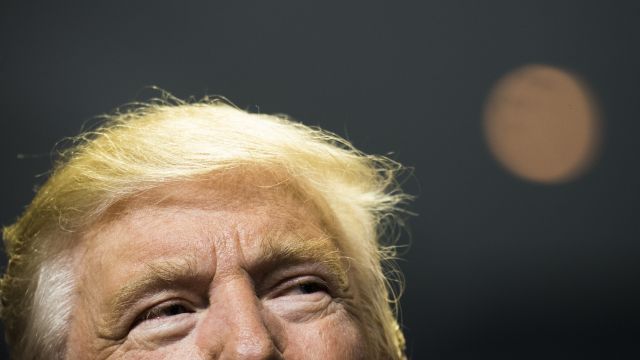 SMS
Despite Everything, It's Still Too Early To Call The Election
By Matt Picht
By Matt Picht
October 14, 2016
Donald Trump is not doing well — but he hasn't lost yet.
SHOW TRANSCRIPT

We've still got a few more weeks of campaigning left, but some people just can't wait for the election to end.

Take political analyst Charlie Cook, editor of the Cook Political Report. He tweeted Thursday that a new Fox News poll had effectively sealed the race in favor of Hillary Clinton.

When The Hill asked him about the tweet, Cook cited Trump's low numbers in the poll across the board — not just in voter support, but in likability and trust on the issues. Cook called the poll "devastating for Trump, from start to finish." He said it was the final shred of evidence he needed to close the book on Trump's path to the White House.

It's usually a bad idea to extrapolate the outcome of an entire election from one poll. But for veteran political watchers, it's also really tough to see how Trump could possibly recover from the avalanche of bad press his campaign received this week.

Still, calling presidential elections before the votes come in is risky business.

As an article on the Cook Political Report points out, Trump's rebounded from similar poll plummets in the past. Although time's running out, it's possible he could claw his way back from this one, too.

His opponent still isn't any more popular than she was in the past, and the steady drip of leaked campaign emails from WikiLeaks is only reinforcing that negative image.

And we've still got at least one major campaign event to go — the final presidential debate on Wednesday. If he can pull off a strong performance, Trump might still have a chance to alter his campaign's fortunes for the better.