It's Not Us, It's You: TSA Says Travelers Are To Blame For Long Lines 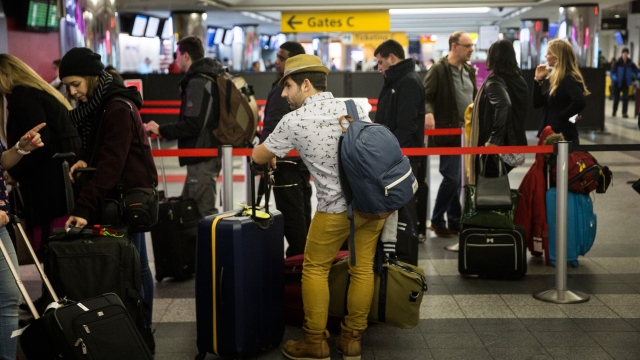 SMS
It's Not Us, It's You: TSA Says Travelers Are To Blame For Long Lines
By Calvin Stovall
By Calvin Stovall
May 13, 2016
TSA says its security checkpoints are slowed down by unprepared passengers, but officials disagree.
SHOW TRANSCRIPT

The Transportation Security Administration isn't taking its rough week lying down. After two major airports threatened to dump the agency over the long lines it generates, the TSA responded by shifting the blame to unprepared travelers.

A statement noted, "Passenger preparedness can have a significant impact on wait times at security checkpoints nationwide." It also blamed staff cutbacks.

This week, travelers used #IHateTheWait to document horrendous lines at airports in New York, Atlanta, San Francisco and other cities.

Congress didn't go easy on the struggling agency, either. During a hearing Thursday, Florida Rep. John Mica told TSA officials: "You cannot recruit, you cannot train, you cannot retain, and you cannot administrate. It is just a huge, failing government program."

But Congress did approve the TSA's request to reallocate $34 million of its budget toward cutting down wait times. The money reportedly will be spent on new hires and overtime pay.

The Department of Homeland Security said Friday airports are always busier during the summer travel season. This year's crowds are expected to be worse than usual thanks to unusually low ticket prices.