It's Not Ogre Until The Fat Lady Sings: NBC Is 'Resurrecting' Shrek 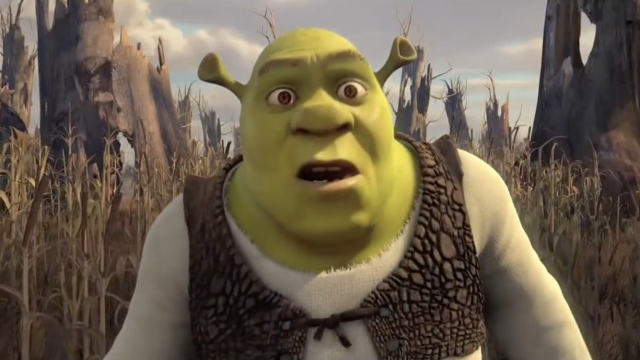 SMS
It's Not Ogre Until The Fat Lady Sings: NBC Is 'Resurrecting' Shrek
By Cody LaGrow
By Cody LaGrow
June 15, 2016
NBCUniversal announced it's exploring options on how to resurrect the "Shrek" franchise since it acquired DreamWorks Animation earlier this year.
SHOW TRANSCRIPT

Do the creators of the "Shrek" franchise think we've seen enough Shrek?

NBC announced it's going to "figure out how to resurrect 'Shrek' and take a lot of the existing DreamWorks franchises and add value as we create new franchises."

DreamWorks Animation — the original creators of "Shrek" — was acquired by NBCUniversal in April of this year. The network will use its partner relationship with Illumination Entertainment — the studio behind family films like "Despicable Me" and "Minions" — to revive "Shrek."

It's just funny they're using the term "resurrect," as if the "Shrek" franchise wasn't producing as many sequels as Shrek and Fiona produced children. In the last 15 years, "Shrek" has spawned four full-length feature films, a musical and a frisky spinoff movie.

Luckily for us, Shrek is taking a note from "The Notebook." And similar to Noah and Allie's undying relationship, the "Shrek" franchise won't die, either, because it wasn't ogre. And it still isn't ogre.