It's Not Just You; Smartphones Can't Stand The Cold, Either 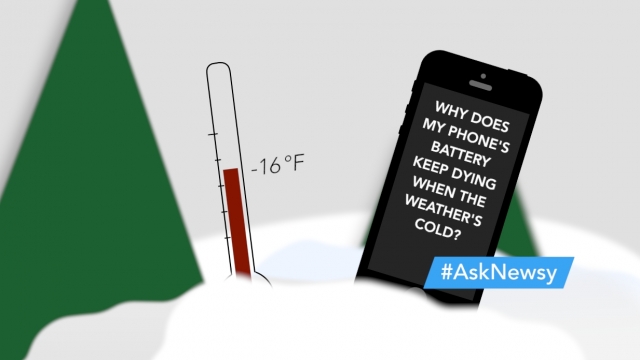 Here's a question: Why does my phone's battery keep dying when the weather's cold?

Because, baby, it's cold outside. No, really. Your phone's battery is dying because of the temperature.

Most of these batteries are lithium-based, and the cold can slow the cell's reaction to the point that a battery may appear to have either lost charge or died completely.

These batteries may also shut off in extreme heat to protect the phone from damage.

In the past, testing facilities, like Environ Laboratories, have actually tried to see if frigid temperatures harmed phones' batteries. The good news is that it doesn't seem like there was any long-term damage to the cells in those tests.

Plus, there's a working road map now for what you can expect if your phone is in the cold. You'll have to check your manual for recommended battery temperatures or what the manufacturer considers "safe" for the battery.

-30 degrees: most phones have screen and battery issues, or they're nearly inoperable

If you've got an iOS device that's at least a fourth-generation handset, Apple says 32 degrees to 95 degrees Fahrenheit should keep your phone happy, which happens to be the same threshold for Google's Nexus 6P. (Video via Apple, Google)

This video includes images from Daniel / CC BY 3.0.