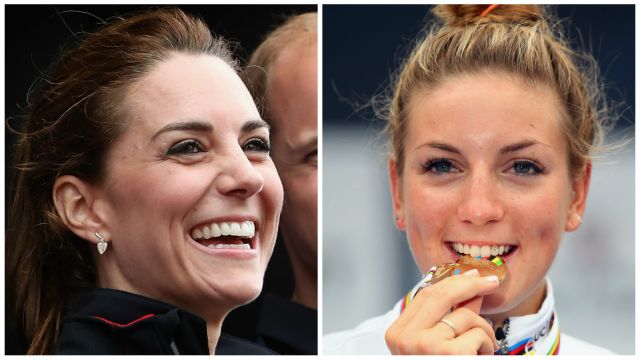 Kate Middleton: Duchess of Cambridge and ... cyclist at the Rio Olympics?

At least one French outlet seems to think French Olympic cyclist Pauline Ferrand-Prevot looks an awful lot like British royalty — and Princess Kate should be honored.

Ferrand-Prevot is competing in two events at the Rio Olympics, and she came into the games with a sick resume.

In 2015, the 24-year-old racer became the first person in history to hold the world road title, cyclo-cross title and mountain bike title at the same time.

And Ferrand-Prevot is competing with a pinched nerve in her hip, saying that botox injections have helped ease the pain.

The French cyclist hasn't had a win this season, but she does have a chance at another record if she wins gold in the women’s road race and the cross-country.

This video includes clips from Shimano and LivCycling and images from Getty Images.