It's A (Return To A) Pirate's Life For Orlando Bloom 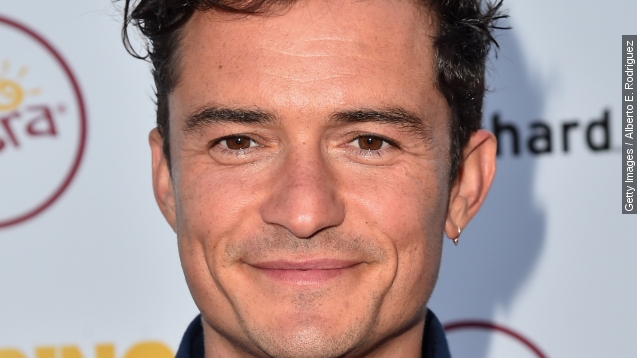 At Disney's D23 Expo this weekend, we learned a lot about the studio's upcoming slate of films. But Disney also confirmed one of our favorite characters will be returning to the fifth installment of the "Pirates of the Caribbean" franchise.

"I want to officially announce that Will Turner, played by Orlando Bloom, will return," said Disney President of Production Sean Bailey.

Now, "Pirates of the Caribbean: Dead Men Tell No Tales" has actually already wrapped production, which makes this a pretty well-kept secret, considering paparazzi could have caught Bloom on set.

And we are so glad they didn't because between Bloom's return and Johnny Depp's surprise appearance on stage at D23 as captain Jack Sparrow, fans certainly got a treat only Disney could provide.

"Hello!" Depp yells while staggering across the stage.

Bloom didn't appear in the fourth "Pirates" film, "On Stranger Tides." That means when "Dead Men Tell No Tales" releases in 2017, it will have been 10 years since Bloom starred in one of the franchise's films.

"I don't think now is the best time!" she replied.

And just to recap, the post-credit scene of the end of the last "Pirates" film Bloom was in showed Keira Knightley's character, Elizabeth Swann, standing with her and Will Turner's young son.

The son, played by Dominic Scott Kay, is listed on IMDb as returning for the fifth film, so you have to wonder if he will follow in the footsteps of his father.

"Pirates of the Caribbean: Dead Men Tell No Tales" will hit theaters July 7, 2017.