It Might Be Too Late To Stop Zika, But It's Not All Bad News 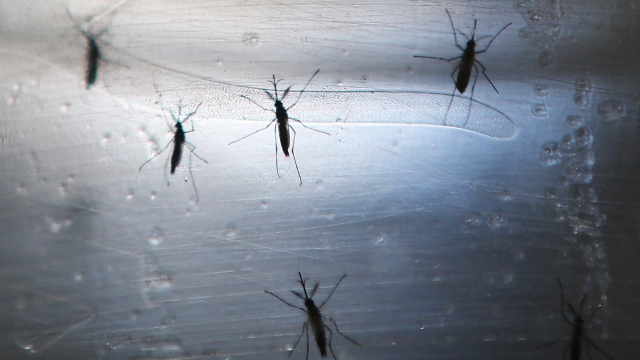 SMS
It Might Be Too Late To Stop Zika, But It's Not All Bad News
By Evan Thomas
By Evan Thomas
July 14, 2016
The Zika virus is expected to run its course in Latin America over the next three years.
SHOW TRANSCRIPT

Two studies on the spread of Zika in Latin America conclude the epidemic is likely to run its course within about three years — and there isn't much anyone can do to stop it.

Health researchers at Imperial College London built a mathematical model based on "all existing data for Zika transmission across Latin America" and on behaviors of similar diseases, like Dengue fever.

Their findings suggest Zika will eventually burn out because people can't be infected twice. Once someone gets Zika, they develop antibodies.

But there's no practical way to stop the spread of the virus in the meantime.

Controlling mosquitoes won't work; researchers say nobody considered the option until it was too late.

Trying now could just prolong the epidemic. The sooner the infection spreads through a population, the sooner it will encounter antibodies and slow down.

Likewise, a Zika vaccine could be too little, too late. By the time it's approved for testing, the epidemic is expected to be on the decline.

But researchers say the progress could give them a jump on the next outbreak. If Zika resurfaces a decade from now, health workers could jump straight to vaccine testing.