It Looks Like Switzerland Has Said 'No' To Universal Basic Income 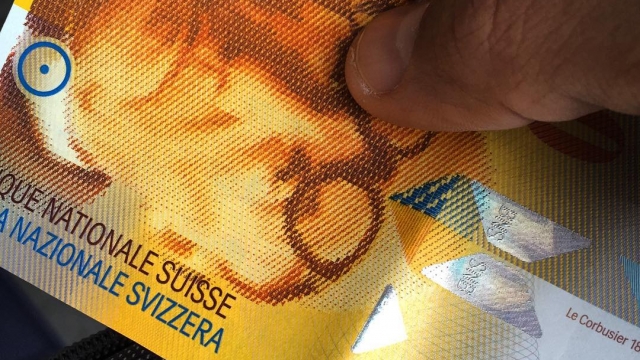 SMS
It Looks Like Switzerland Has Said 'No' To Universal Basic Income
By Ryan Biek
By Ryan Biek
June 5, 2016
Reports before voting closed on Sunday showed more than three-quarters of voters opposed the basic income measure.
SHOW TRANSCRIPT

It looks like Switzerland is saying "no" to universal basic income.

Swiss media reports early results on Sunday show more than three-quarters of voters opposed the measure, which would've guaranteed that every adult citizen earned a little more than $2,500 each month, regardless of if they worked.

The measure was proposed to both help those who've lost jobs to machines and to take advantage of machine productivity to let people work shorter weeks.

Supporters also said the measure could lessen inequality and reward people whose work benefits society but is unpaid.

"It's care work. It's at home. It's in different communities. So that work will be more valued with a basic income," a campaigner for basic income said.

But virtually all of Switzerland's political parties had urged citizens to reject the measure.

The Swiss government estimated basic income alone would've cost at least three times more than it spent in a year.

Before voting closed Sunday, one Swiss research institution predicted 78 percent of voters were against the basic income plan.

The referendum will likely have a rippling effect. Canada, Finland, the Netherlands, India and Brazil are all considering basic income in some form.