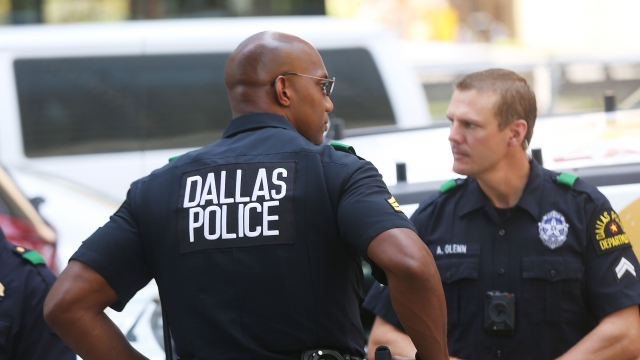 "Don't be a part of the problem. We're hiring. We're hiring. Get off that protest line and put an application in," Dallas Police Chief David Brown said.

Following the deadliest attack on U.S. police since 9/11, Dallas Police Chief David Brown encouraged protesters to step in and join the department.

And it appears many took his message to heart. Just hours after Brown's news conference ended, a post on the Dallas Police Department Recruiting Facebook page thanked people for their interest in applying.

WFAA reports the department’s recruiting team "has received a flood of calls," and potential applicants have sent the team messages and arrived in person to learn more.

The reported influx of interest is a good thing for a department that has struggled to recruit in recent years. The Dallas Morning News points out that this could be because nearby cities offer much more attractive salaries for their officers.

Officer recruitment certainly isn't just an issue for Dallas. Cities across the nation have struggled to bring on new staff amid ever-tightening budgets and increasing tensions.

But in the wake of the targeted violence in Dallas, the department chief's leadership has been lauded nationally and his officers have been hailed as heroes.

"When the bullets started flying, the men and women of the Dallas police, they did not flinch, and they did not react recklessly. They showed incredible restraint," President Obama said.

This video includes clips from MSNBC, KTVT, WFAA and KXAS and images from Getty Images.