It Costs More To Fly, But Passengers Seem To Be Happier 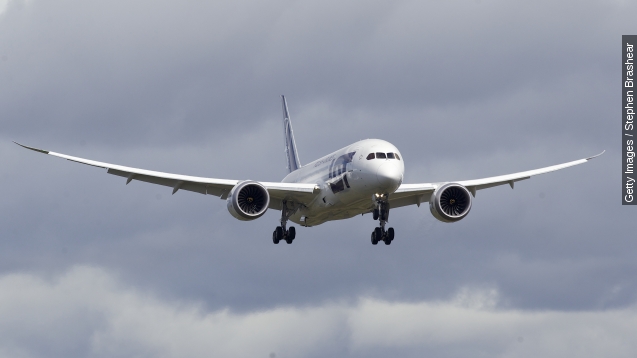 But that hasn't stopped people from flying or doing what travelers love to do best — voicing their opinions.

And JetBlue topped the list for low-cost carriers for the 10th consecutive year with 801 points. It ranked particularly high in the categories that included reservations and boarding, deplaning and baggage.

Southwest Airlines came in second with 781 points with improvements across the board, especially in check-in, flight crew, in-flight services and boarding/deplaning/baggage.

The check-in part remains important. According to last year's study, "Overall satisfaction declines by 41 points among the 24 percent of passengers who wait 15 minutes or longer to obtain their boarding pass."

Topping the list of the traditional carriers for the eighth consecutive year was Alaska Airlines with 719 points, although that's down from last year when it had 737 points. Second was Delta Air Lines with 709.

And a surprising thing: Travelers paying for checked bags have actually mellowed out a little.

The study says the satisfaction of those paying for checked baggage has improved steadily over the past five years. In 2014, 44 percent said the fees were reasonable.

But we don't think we're ever going to completely chill out about paying to check bags. Just sayin'.

And for this year in particular, hospitality — like in-flight entertainment, Wi-Fi and friendly crew — played a big role in customer satisfaction. Customers also were more forgiving if the airline provided good service, the study said.

But with the winners come the losers. For low-cost carriers, Frontier Airlines came in last with 659 points. For the traditional carriers, United Airlines took the loser's crown with 665.

J.D. Power says overall satisfaction was up across the board, despite rising airline costs. Which is kinda weird — paying more but being happier? According to an expert at J.D. Power:

"It isn't that passengers are satisfied with fees; it's that they are simply less dissatisfied because they realize that fees have become a way of life with air travel," said Rick Garlick, global travel and hospitality practice lead at J.D. Power.

Kind of a bummer, but you win some, you lose some.