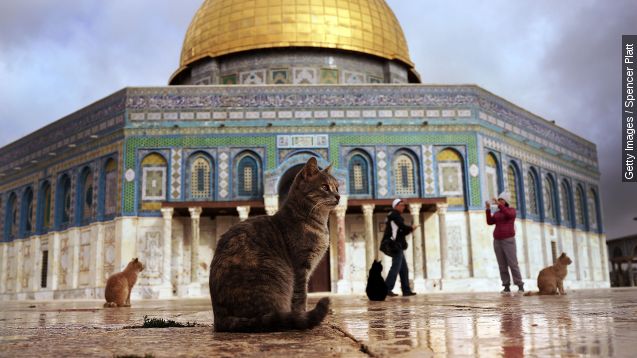 Israel could deport thousands — of cats.

Here's the Israeli agriculture minister's plan to get rid of the estimated 2 million cats living in the country illegally. (Video via Office of Uri Ariel)

Take the money spent spaying and neutering them, and use it to "transfer dogs and/or cats of one gender (either all the males or all the females) to a foreign country that agrees to take them in."

The reason? Sterilization might violate Jewish law — you know, the part that says "be fruitful and multiply." (Video via Government of Israel)

But it doesn't seem like forcibly removing the felines is feasible. So far, no country has volunteered to host said cat colony.

This video includes an image from Getty Images and Joe Goldberg / CC BY 2.0 and May Michaely / CC BY 2.0.