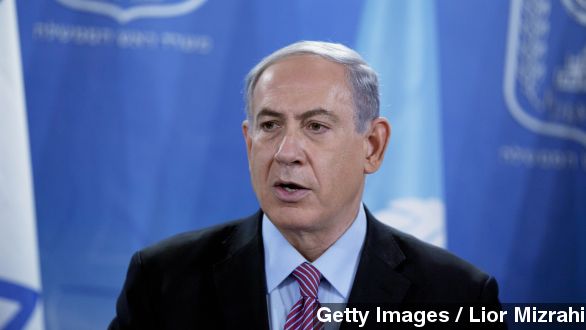 More than 60 years after Israel gained its independence, Israeli nationalists are moving forward with legislation to officially declare the country a Jewish state.

Despite the Star of David on its flag, Israel — the only state in the world with a Jewish majority — has never formally defined itself as the Jewish homeland. (Video via BBC)

A new proposal seeks to change that — for the first time declaring Israel a Jewish nation-state by law. While largely symbolic, the bill would have some practical implications.

Arabic would be repealed as one of two official languages. Hebrew is the other. Israeli schools would be required to teach Jewish history. And the bill also calls for Jewish law to serve as inspiration for future legislation.

The Times of Israel calls the bill not only controversial, but "democratically questionable."

Left-leaning Israeli paper Haaretz says it essentially builds discrimination into the law and "undercuts the Zionist ideal of the establishment of an exemplary, egalitarian and democratic society."

Status as a Jewish nation-state has been a sticking point in the latest round of Palestinian-Israeli peace talks.

The U.S., which is trying to broker a two-state agreement, does refer to Israel as a Jewish state.

PRESIDENT OBAMA VIA THE WHITE HOUSE: "the State of Israel — a Jewish state that knows America will always be at their side.”

But says it's not necessary for the Palestinians to do so.

And they don't. Palestinian Authority President Mahmoud Abbas, along with the Arab League, refuses to recognize Israel as a Jewish state. (Video via The White House)

The bill comes at an especially sensitive time. Palestinians — who themselves are campaigning for their own state — have clashed with Israeli police in East Jerusalem, renewing fears of a third intifada. (Video via Euronews)

Hours after Netanyahu publicly backed the bill, his justice minister postponed the vote Sunday — saying debate over the measure could add to current tensions.