Israel's Warning To Hezbollah: Look What Happened In Gaza 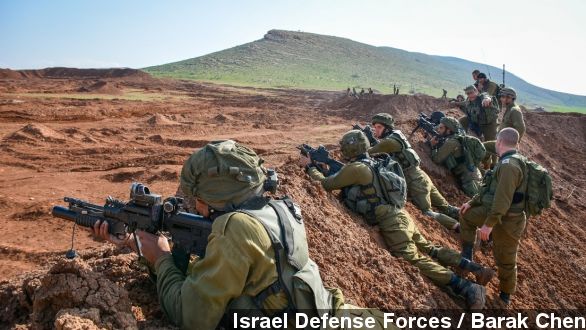 The Lebanon-based militant group claimed responsibility for an anti-tank missile fired at an Israeli military convoy Wednesday. This video shows the aftermath.

Two Israeli soldiers were killed and seven more injured in the attack.

Israel responded with aerial and ground strikes in southern Lebanon. (Video via i24News)

For over a week now, the Israel Defense Forces have been bracing for an attack.

That's because Hezbollah had previously vowed to retaliate for an airstrike in Syria that killed six of its fighters. Hezbollah said Israel was behind the strike, which the IDF never confirmed or denied. (Video via RT)

It's significant that on Wednesday, Hezbollah aimed its rockets at Israeli troops, not civilians. Had civilians been killed, it would have likely triggered a greater military response from Israel.

And Hezbollah probably doesn't want to get drawn into a full-scale war with Israel — at least not right now. (Video via Hezbollah)

And Hezbollah still hasn't fully recovered from its monthlong war with Israel in 2006.

On Wednesday, Prime Minister Benjamin Netanyahu said Israel would respond "forcefully" to Hezbollah and warned, "Look what happened in Gaza."

This video includes an image from Getty Images and the Israel Defense Forces / Barak Chen and music from Kevin MacLeod / CC BY 3.0.