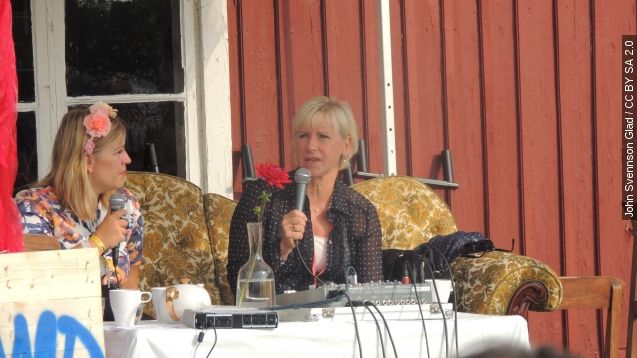 As if relations between Sweden and Israel weren't already awkward enough, Israel will no longer host Sweden's foreign minister.

On Tuesday, Margot Wallstrom called for an investigation into whether Israel could be guilty of "extrajudicial killings" of Palestinians during the latest wave of attacks between the two groups. She told lawmakers, "It is vital that there are thorough, credible investigations into these deaths in order to clarify and bring about possible accountability." (Video via U.S. Institute of Peace)

Israel's deputy foreign minister told the press, "For over two years, Israel's relations with Sweden have been severed to some degree. ... In my opinion, these comments are a terrible combination of foolishness and diplomatic stupidity." Wallstrom was supposed to visit the country Thursday. (Video via BBC)

Israeli security forces have killed more than 100 Palestinians in the last few months, in response to a series of random knife attacks by Palestinians in Israel. The wave of attacks also prompted Israeli officials to call for citizens to arm themselves. (Video via CNN)

The relationship between Israel and Sweden has been pretty strained since Sweden became the first major European country to officially recognize the state of Palestine in 2014. Shortly after, Wallstrom accused Israel of executing Palestinians without trial, prompting Israeli Prime Minister Benjamin Netanyahu to comment, "It seems she expects Israel's citizens to bare their throats to those trying to stab them." (Video via CCTV, PressTV)

Sweden said those comments had been misunderstood and that Wallstrom was talking in general terms of excessive force and self-defense. The Swedish Foreign Ministry maintains Wallstrom's recent trip cancellation was due to a scheduling conflict. (Video via Raoul Wallenberg Institute)