Israel And Turkey Might Start Talking Again; Here's Why They Stopped 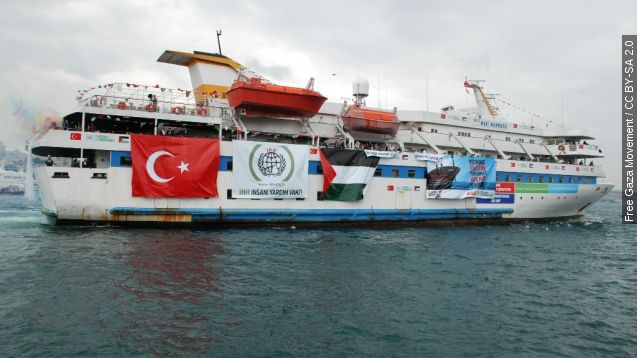 SMS
Israel And Turkey Might Start Talking Again; Here's Why They Stopped
By Jake Godin
By Jake Godin
December 18, 2015
Turkey and Israel may finally restore their relations after more than 5 years. But why did they freeze each other out in the first place?
SHOW TRANSCRIPT

Turkey and Israel want to be friends again — at least diplomatically.

The two nations have reportedly agreed to restore full diplomatic relations after representatives met in Switzerland.

They were originally severed more than five years ago after what became known as the “Gaza flotilla raid.”

On May 31, 2010, a naval convoy — dubbed the Gaza Freedom Flotilla — took off from Cyprus bound for the Gaza Strip. The six vessels were full of aid and pro-Palestinian activists. (Video via Al Jazeera)

There was an issue though — at the time, Gaza was under a naval blockade by Israel and Egypt.

The flotilla planned on breaking the blockade, which Israel didn’t like. So a team of Israeli navy commandos ended up raiding the ships in international waters before it arrived. It got messy. (Video via Culture of Resistance Films)

Specifically, on the M.V. Mavi Marmara where nine activists were killed and both sides suffered injuries.

If relations between the two are restored, reports suggest Turkey will protect Israeli officials from prosecution over the raid and Israel will pay reparations to the families of those killed.

There’s also apparently talk of a gas line between the two countries, which would be a boon for Turkey now that it’s soured relations with Russia. (Video via PBS NewsHour)

This video includes images from Getty Images and the United Nations / Mark Garten.