ISIS: Where It Stands Now 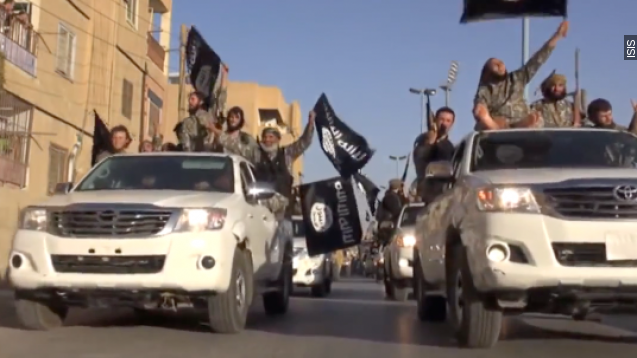 SMS
ISIS: Where It Stands Now
By Ben Lawson
By Ben Lawson
July 3, 2015
What does ISIS want to accomplish and where did it come from?
SHOW TRANSCRIPT

In less than two years, the terror group ISIS has gone from virtually unknown to a household name worldwide.

Its name is an acronym for Islamic State of Iraq and Syria. Though the group been known by plenty of other names, such as ISIL or just Islamic State.

The group has seized control of large regions in those two countries and their main arm stays focused in that area. But now they have operations throughout the Middle East and Northern Africa.

"ISIL is a direct outgrowth of Al-Qaeda in Iraq that grew out of our invasion," said President Barack Obama.

As far as where the group began, experts have traced its origins to Camp Bucca, an American prison in Iraq.

"I think it's undeniable that one of the main causes ISIS’s explosive growth after 2010 was Bucca. It's where they met, it’s where they planned," said Patrick Skinner, a former CIA official.

Their goal is to establish a caliphate, meaning a government under Islamic rule. In June 2014, the group made it their mission to take its caliphate worldwide.

Its ideology is sometimes described as “medieval” but the methods the group uses to spread its ideas certainly aren't “medieval."

ISIS runs a sophisticated social media campaign that includes both footage of work at local hospitals to brutal execution videos.

"One of the two gunmen killed by police in Garland, Texas Sunday had longstanding ties to an alleged jihadi group in Phoenix," a CBS anchor said.

"My name is Abu Muslim. I'm a brother in Islam here in Syria. I originally come from Canada," said Abu Muslim in a propaganda film.

An estimated 3,400 citizens from Western nations have traveled to Iraq and Syria to fight for ISIS. It’s believed the group could have up to 31,000 fighters worldwide.