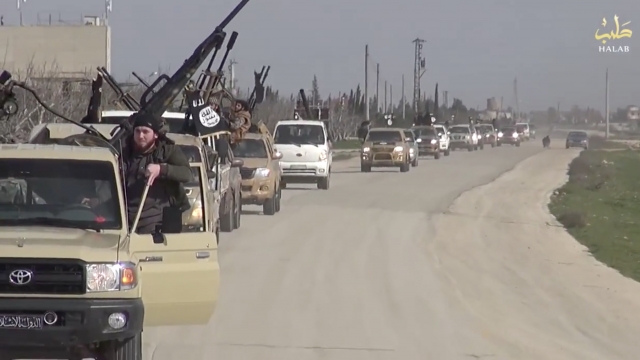 ISIS is again calling for would-be terrorists to commit solo attacks at home.

In the most recent issue of its English-language magazine, ISIS encouraged potential terrorists to carry out stabbing attacks — like the attack in Minnesota last month.

Nine people were injured in that attack, but no one was killed.

The article explains how to choose the right kind of knife and the benefits of knives as weapons.

That's all pretty much in line with ISIS' recent strategy for promoting terrorism abroad. A video put out by the terrorist group back in August suggested using everyday items as weapons.

And ISIS has also been encouraging would-be terrorists to commit solo attacks, instead of carrying out large scale operations.

That might be because the terrorist organization is losing territory at home.

Since ISIS' peak in power in 2014, it's lost about 45 percent of its territory in Iraq and another 20 percent in Syria.

And according to the Foreign Policy Research Institute, those losses are causing the group to change "tactics from conventional military operations back towards ... regional and international terror attacks."

A number of knife attacks have been carried out recently by people claiming to be supporters of ISIS.

In France, an 85-year-old Catholic priest was killed when two men invaded his church and slit his throat. And a woman was stabbed to death in London's Russell Square in August.

On Wednesday, two Belgian police officers were stabbed in Brussels. Officials suspect it might have been an act of terror.