ISIS vs. Al-Qaeda: Their Rivalry At A Glance 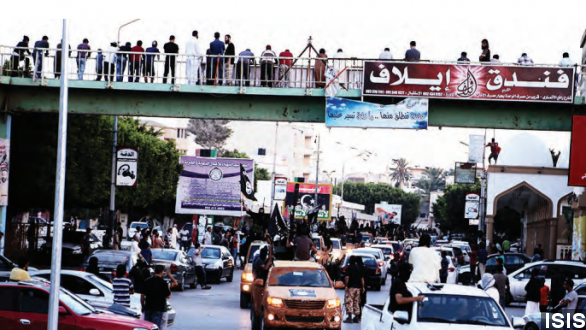 Both are Sunni extremists groups. Both share the same primary goals. Both delight in mass murder. Yet for all their similarities, ISIS and Al-Qaeda can't stand each other.

Case in point: Yemen. On Friday, ISIS took credit for suicide bombings that ripped through pair of Shiite mosques in the capital of Sanaa, killing more than 100 people. (Video via Sky News)

Al-Qaeda’s branch in Yemen, known as Al-Qaeda in the Arabian Peninsula, or AQAP, quickly denied any connections to the bombings, citing the need to "preserve the souls of innocent Muslims."

That Al-Qaeda disagrees with ISIS' tactics isn't new, but it does say a lot about the turf war playing out in the Middle East.

To fully understand, you have to go back a few years, to when ISIS was known as Al-Qaeda in Iraq and led by this man, Abu Musab Al-Zarqawi.

At the time, he made no secret of his desire for conflict between Sunnis and Shiites.

In 2006, his followers attacked the Golden Mosque in Iraq— one of Shiite Islam's holy sites — pushing Iraq to the brink of a religious civil war.

Core Al-Qaeda was critical of attacks like that. Like ISIS, it considered Shiites to be apostates, but it rejects routinely killing them. Doing so, Al-Qaeda says, could ultimately turn the Muslim population against their movement.

We know this from letters current Al-Qaeda commander Ayman Al-Zawahiri sent to then-ISIS leader Zarqawi. He said things like, "Why kill ordinary Shia considering that they are forgiven because of their ignorance?" (Video via Al-Qaeda)

Finally fed up with the group's tactics and insubordination, back in February 2014 Al-Qaeda central disowned the group that now goes by ISIS.

Fast forward a few months, and Al-Qaeda in Iraq had rebranded itself ISIS and declared a caliphate. None of this is good news for its parent organization.

Think of Al-Qaeda as the Microsoft of the jihadi world, says Clint Watts in Foreign Affairs.

“(Al-Qaeda's) a big name but an aging brand, one now strikingly out of touch with the 18–35-year-old-demographic," he writes.

ISIS, on the other hand, moved quickly after taking parts of Syria and Iraq last summer, with affiliates in Libya, Tunisia and now Yemen where Al-Qaeda has long been the dominant terror group.

Although ISIS appears to be gaining momentum, U.S. officials say AQAP remains the more immediate threat to the homeland. It's tried repeatedly to launch attacks on U.S. soil, and in January took credit for the Charlie Hebdo attacks in Paris.