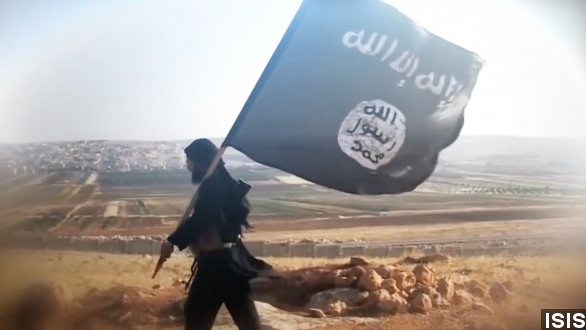 SMS
ISIS Video Claims 1 Of 2 Japanese Hostages Beheaded
By Jake Godin
By Jake Godin
January 24, 2015
One of the two Japanese hostages held by ISIS militants has been beheaded, according to a new video.
SHOW TRANSCRIPT

One of the two Japanese hostages being held by ISIS has reportedly been killed while the other appeared in a new video with a new set of demands from the militant group.

The death of Haruna Yukawa was reported by the SITE terrorism monitoring service Saturday morning.

According to SITE, the other hostage, Kenji Goto, appeared in a new ISIS video demanding the release of Sajida al-Rishawi from a prison in Jordan.

Al-Rishawi is a female suicide bomber who was arrested in Jordan in 2005 after she failed to detonate her device. (Video via Sky Italia)

Japan currently has an envoy in Jordan who was sent to set up a local base of operations when the hostage crisis started. (Video via Arirang)

Japan’s chief cabinet secretary condemned the video shortly after its release, calling Yukawa’s apparent beheading “outrageous and unforgivable.” He did not verify the video’s authenticity. (Video via Kyodo News)

Yukawa and Goto both appeared in an ISIS video on Tuesday. At the time, the group gave the Japanese government 72 hours to pay a $200 million ransom.

That deadline passed Friday with no payment and no word from ISIS. Saturday’s video, which SITE says was sent to Goto’s mother and the Japanese government, appears to be their response.