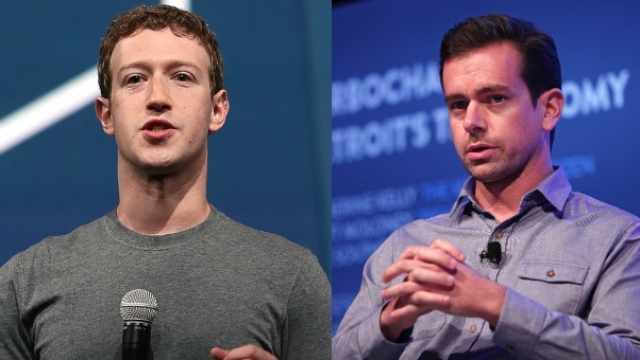 The 25-minute video, published on the social media site Telegram, was first discovered by Vocativ.

It reportedly shows images of Dorsey and Zuckerberg with bullet holes over their faces. The group is angry at both social media sites for regularly shutting down ISIS-linked accounts.

Text within the video says, "If you close one account we will take 10 in return and soon your names will be erased after we delete your sites."

Facebook has been ramping up efforts to block terrorist messages, and just this month Twitter said it has removed more than 125,000 accounts for promoting terrorist acts since mid-2015.

A Twitter spokesperson told The Guardian threats from terrorists are just par for the course for the social media giant, even threats featuring Dorsey's face.

But it appears Twitter's efforts to keep terrorists off the site might be having an effect. A study from George Washington University found regularly suspending ISIS supporters has a "devastating" effect on individuals' reach and greatly reduces the pro-ISIS content on Twitter.