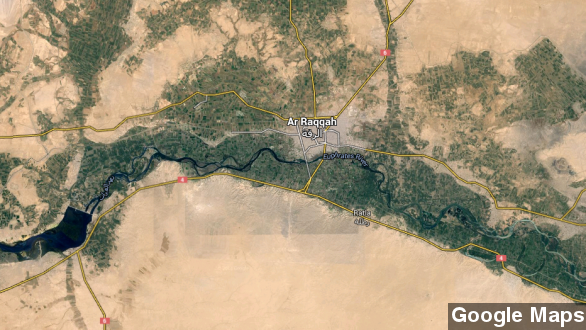 ISIS claims it's taken a Jordanian pilot hostage and that it shot down his jet while he was flying for the U.S.-led coalition.

The pilot's jet reportedly went down near the city of Raqqah, which has become ISIS's stronghold in the region, and one of the coalition's main targets. (Video via France 24)

Jordan's state news agency reported the jet crashed during a mission involving several jets from the Royal Jordanian Air Force, and that the pilot was taken hostage, but it didn't say whether he was shot down.

CNN's Barbara Starr asked, "Now the question is, how was this F-16 brought down? Is it possible it was shot down as ISIS claims?"

And that's an important question, because as The New York Times points out, shooting down a jet, "would be a first for the group. The pilot’s capture is also a coup that could shake the resolve of the Arab countries in the coalition."

It would also be troubling in light of the fact that the U.S. is also flying F-16s on combat missions over Syria, and has employed airstrikes as its primary weapon against ISIS. (Video via U.S. Department of Defense)

Multiple outlets have identified the pilot as a lieutenant in the RJAF named Moaz al-Kasasbeh, and ISIS militants have put his identification card up on social media.

Jordan is one of a handful of Arab states, including Bahrain, Saudi Arabia and Qatar, that has joined in the U.S.-led coalition against ISIS.

Arab states were initially reluctant to disclose much information about their involvement, but Saudi Arabia and Jordan have been key U.S. allies in the region long before ISIS came to prominence. (Video via CBS)

It's unclear what ISIS plans to do with Al-Kasasbeh.