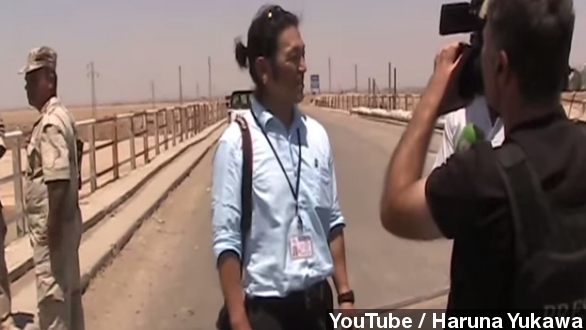 The Islamist terror group ISIS says it has beheaded another Japanese hostage.

The video was released after Jordan failed to meet a deadline to release Sajida al-Rishawi, who is being held prisoner after a 2005 failed suicide bombing attempt on a hotel.

Earlier this week, ISIS said it would kill Goto and a captured Jordanian pilot Muath al-Kaseasbeh if al-Rishawi was not released within 24 hours.

Jordan responded by asking for proof that the hostages were alive, but ultimately did not agree to any sort of negotiation. ISIS did not mention the captured pilot in this video.