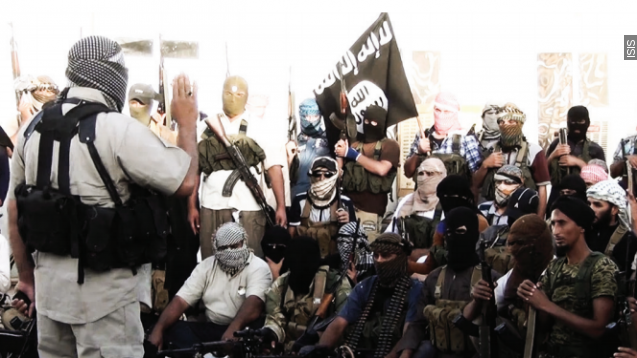 Airstrikes, combined with ground offensives from local forces, have pushed back the group, most recently in the Iraqi city of Ramadi.

Earlier this year, ISIS seemed to be gaining momentum. With the major cities of Mosul and Raqqa firmly under its control, ISIS seized Ramadi in Iraq's Sunni heartland and then the ancient city of Palmyra in Syria's central desert.

But those victories didn't come without a cost. ISIS was forced to fight on multiple fronts, leaving its territory in northern Syria less protected.

The U.S.-backed Kurdish fighters advanced and drove the militants from the Syrian border crossing of Tal Abyad in June. That was a huge blow to ISIS and cut off a critical supply line.

Other losses include the Iraqi cities of Tikrit and Sinjar, as well as the Baiji oil refinery in northern Iraq.

ISIS is losing ground, and that's bad news for a group that wants to take its so-called caliphate global.