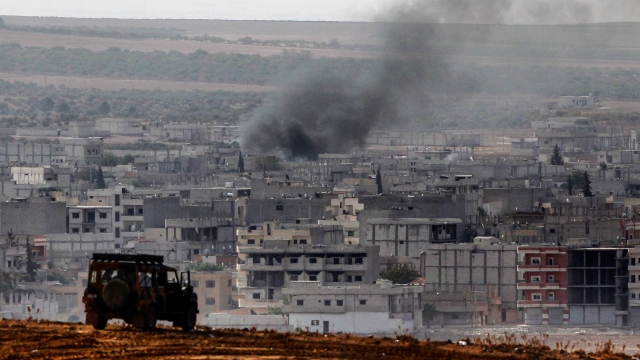 ISIS may claim that its caliphate is "more manifest than the sun in the middle of the sky," but a new report suggests that couldn't be further from the truth.

According to British think tank IHS, the terrorist group has been losing territory since the beginning of 2015. This year alone, ISIS lost 12 percent of its territory.

And although the IHS assessment didn't detail ISIS' total losses between Syria and Iraq, the U.S. military released a report in May that found that since its peak in 2014, ISIS lost 45 percent of its territory in Iraq and 20 percent in Syria.

SEE MORE: ISIS Does Not Want You To See These Photos

It's not just territory ISIS is losing. It's also losing money. So much so that the group had to slash salaries for its fighters in half.

Unfortunately, according to the Foreign Policy Research Institute, this decline might be what's to blame for ISIS' recent shift in tactics "from conventional military operations back towards ... regional and international terror attacks," like those seen throughout Ramadan this year.

That's likely because ISIS wants to create a perception of strength, but in reality, it's only getting weaker.

This video includes images from Getty Images and clips from CBS and Sky News.