ISIS Just Claimed Responsibility For The Attack In Nice 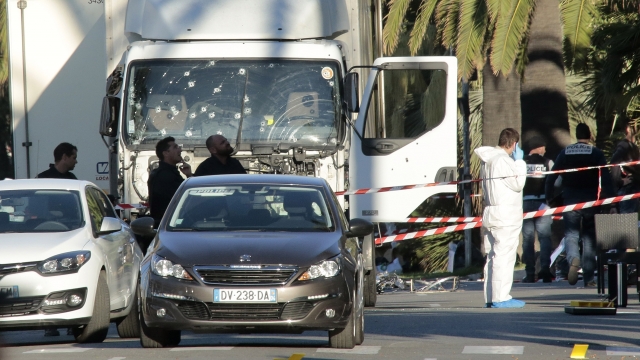 According to a news agency associated with ISIS, the Nice attacker was "a soldier for the Islamic State" and "carried out the attack to answer the calls for targeting the nationals of countries in the coalition that is fighting Islamic State."

Amaq news agency said that information comes from a security source within ISIS. However, French officials have said the man, who has been identified as a Tunisian national, had no known ties to terrorist groups.

It should also be noted ISIS has claimed responsibility for attacks it had no direct role in before, simply taking credit for the actions of people who were influenced by the group. Family members have described the attacker as nonreligious and suffering from depression, and his estranged wife says he beat her until she recently threw him out.

The 31-year-old drove a truck through a crowd enjoying a Bastille Day celebration on Thursday and killed 84 and injured more than 200 people before police shot and killed him.

The attack came fewer than two weeks after ISIS claimed responsibility for a bombing that killed more than 250 in Baghdad and an attack that killed 23 people in Bangladesh.

The terrorist group had called for attacks during the Muslim holy month of Ramadan, which ended earlier in July.