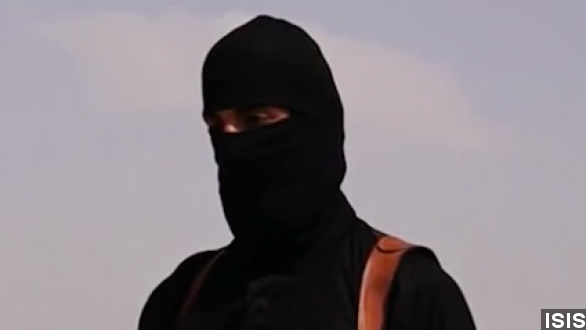 “As a government, you have been at the forefront of the agression towards the Islamic State…”

That was the first time we heard the voice of Jihadi John, the man who, for Western media, would become the face of ISIS. Now, he’s been identified as Mohammed Emwazi.

That’s according to the BBC and The Washington Post, both of which reported Emwazi’s identity early Thursday.

“He is a man we believe from London, around 27 years of age. We don’t have a lot of details about him,” said the BBC’s special correspondent Lucy Manning.

The BBC says the United Kingdom’s MI5 security agency identified Emwazi as a “person of interest” since at least 2010, with links to the Somalia-based Al-Shabab terrorist group.

Close friends of Emwazi told The Washington Post he was raised in a middle class neighborhood in West London and held a degree in computer programming.

Speaking to CNN, a senior fellow with the Foundation for Defense of Democracies said Emwazi’s profile was typical of terrorists.

“Terrorist groups in general, not just jihadist groups tend to recruit from people, or tend to be comprised of people who are of higher socioeconomic status than the norm, people are more well-educated than the norm.”

Shortly after the first video appeared, British media speculated the executioner’s identity may have been another man known as Britain’s “Hip Hop Jihadist.” A month later, the FBI announced they had identified who Jihadi John was without giving his name.