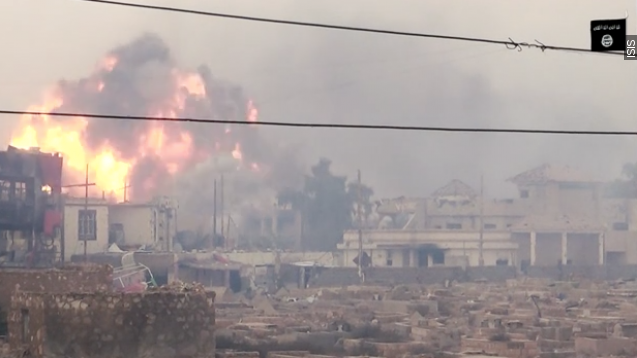 ISIS has claimed responsibility for a car bomb attack on an Iraqi town in Diyala province — the latest use of a tactic the group heavily relies on.

The attack targeted a crowded marketplace, killing at least 115 adults and children, according to Al Jazeera. It came on the first night of Eid al-Fitr, which celebrates the end of Ramadan.

On Twitter, ISIS took credit and said the attack was meant to target Shiite Muslims.

ISIS favors using car bombs in mass attacks, to the point some have called it the group's weapon of choice.

Vice writes, "[ISIS] has used vehicles rigged with bombs ... much as the U.S. has traditionally used air power: as a means of assaulting ground forces and opening up targets to attacks by infantry units."

That strategy was evident in the group's takeover of Ramadi. As many as 30 car bombs were detonated as the group pushed inward in the city, and 10 of those had an explosive force similar to the Oklahoma City bombing, according to the State Department.

Several hundred Iraqis have been killed in car bomb attacks since the group declared its so-called caliphate last year.

But this latest car bombing's huge death toll puts it among the deadliest single attacks Iraq has seen in years.