ISIS Is The Newest Threat To Iraq's Oldest Artifacts 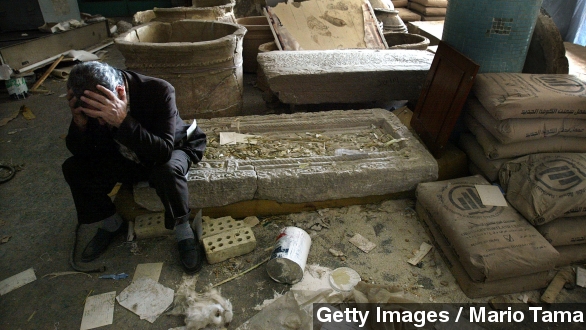 By now, videos like this one, of ISIS militants destroying ancient artifacts, have gone viral.

But since that video first surfaced, there have been multiple reports that the terrorist group has also hit the ruins of ancient cities in Iraq like Nimrud and Hatra. (Video via UNESCO)

Nimrud in particular is one of the most ancient sites of Assyrian civilization, dating back more than 3,000 years, and the extent of the damage is unclear. (Video via The Metropolitan Museum of Art)

Although the militants have reportedly attacked the sites for religious reasons, they've been looting artifacts too. An antiquities official told The New York Times, "If they can sell it, they sell it."

So far the damage has been mostly contained to areas under ISIS control. Other significant historical sites, like Babylon, are in areas Iraqi forces control. (Video via The New York Times)

But Iraq has been in the unique situation of trying to safeguard some of the world's oldest archaeological sites against armed conflict for more than a decade now.

The 2003 invasion of Iraq also jeopardized some sites, and the U.S. military faced criticism for not preventing the looting of Iraq's national museum, which lost thousands of objects. (Video via Voice of America)

U.S. forces also set up a base near Babylon in 2003, damaging some of the ruins irreversibly, according to British historians. (Video via U.S. Department of Defense)

Even before that, Saddam Hussein's own attempts to restore that site by building on top of the existing ruins led to complications for current restoration attempts. (Video via France 24)

UNESCO's director general has said her organization will work with the United Nations security council to protect heritage sites.