ISIS Is Losing Support From A Crucial Demographic — Arab Youths 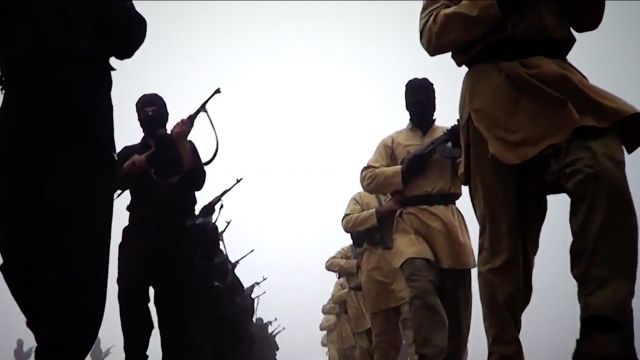 SMS
ISIS Is Losing Support From A Crucial Demographic — Arab Youths
By Jake Godin
By Jake Godin
April 12, 2016
A new poll of Arab youths from ASDA'A Burson-Marsteller has bad news for ISIS — support for the group among the crucial demographic is waning.
SHOW TRANSCRIPT

ISIS is losing support among young Arabs in the Middle East.

A new poll shows fewer Arabs between 18 and 24 are being swayed by ISIS.

A little over three-fourths don’t think ISIS will ever actually establish a caliphate.

The survey included 3,500 face-to-face interviews with Arab men and women from 16 countries.

Some of these countries are the largest contributors to ISIS’ pool of foreign fighters.

The survey also found about a quarter of Arab youth believe unemployment is the primary reason people join ISIS. Another quarter had no idea why someone would join ISIS.