ISIS Does Not Want You To See These Photos 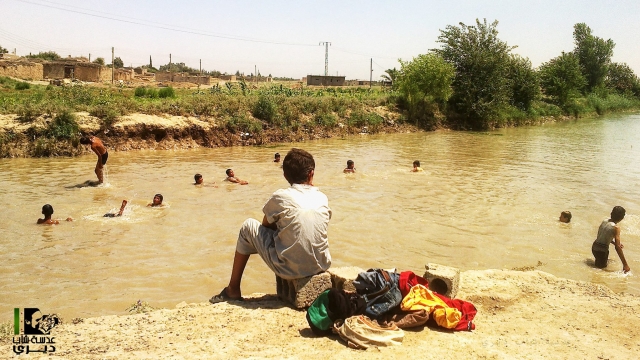 SMS
ISIS Does Not Want You To See These Photos
By Melissa Prax
By Melissa Prax
July 7, 2016
This is a rare glimpse into daily life for Deir Ezzor, Syria — a city that's been under ISIS' grip since 2014.
SHOW TRANSCRIPT

These are the photos ISIS doesn't want you to see.

These images from the ISIS stronghold of Deir Ezzor are rare because they're so dangerous to post online.

SEE MORE: First Aid-Convoy To Reach This Syrian City Since 2012 Didn't Have Food

ISIS doesn't allow journalism or activism, but these photos were taken and posted by a photography community trying to shed light on the conflict anyway.

That community — Lens of a Young Deri — told Newsy the photographers have to remain anonymous for their own security.

The Committee to Protect Journalists reports that Syria has had the highest number of journalist deaths every year from 2012 to 2015.

The United Nations estimates 200,000 people in the city have been living under siege since March 2014.

This video includes images from Lens of a Young Deri. Music provided courtesy of APM Music.