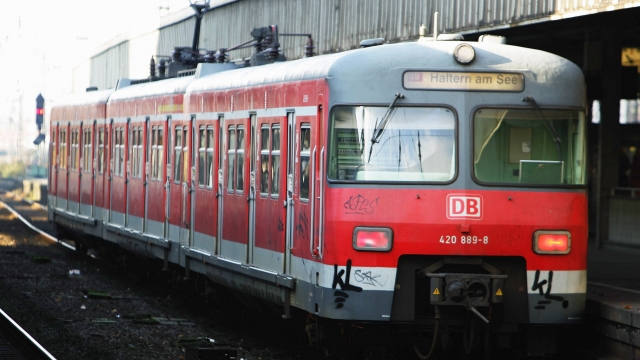 SMS
ISIS Claims Responsibility For Train Attack In Germany
By Lindsey Pulse
By Lindsey Pulse
July 19, 2016
Authorities say a 17-year-old attacked passengers with an ax and a knife. They found a hand-painted ISIS flag in the teenager's room.
SHOW TRANSCRIPT

ISIS has claimed responsibility for an attack on a German regional commuter train.

A teenager armed with an ax and knife reportedly attacked passengers on a regional commuter train in the southeastern state of Bavaria on Monday night.

Police say several people were injured during the attack, with three seriously wounded.

Bavaria's interior minister Joachim Herrmann said the 17-year-old who committed the attack was an Afghan refugee living in Würzburg, one of the stops for the regional train.

Herrmann also said a hand-painted ISIS flag was found in the teen's room in the foster home where he was living.

The attacker fled the train but was eventually shot and killed by police.

This attack comes only days after a truck drove through a crowd in Nice, France, killing at least 84 people.

This video includes clips from BBC and NBC, and images from Metropolico.org / CC BY SA 2.0 and Getty Images.