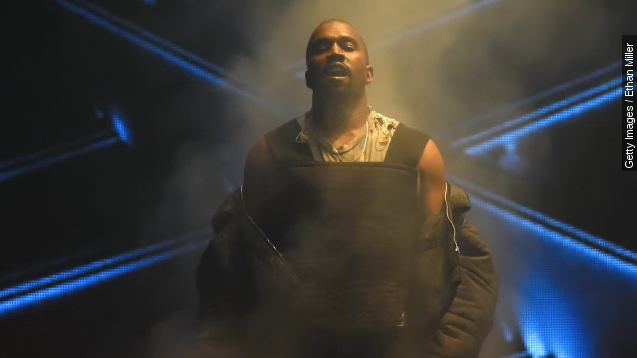 SMS
Is Your Award Show Losing Viewers? Just Honor Kanye
By Eugene Daniels
By Eugene Daniels
August 25, 2015
Kanye West is getting the Michael Jackson Video Vanguard Award at this year's VMAs. Can he help the show's ratings?
SHOW TRANSCRIPT

As if the anticipation of Miley Cyrus being Miley Cyrus wasn't enough to tune in, MTV says it will award Kanye West with the Michael Jackson Video Vanguard Award at this year's Video Music Awards. (Video via MTV)

In a statement, MTV said, "His creative depths have never ceased to amaze us, and some could argue that his videos are complete masterpieces in their own right."

The award is given to someone for their contribution to the art of the music video. But if you look at past recipients, Kanye's an interesting choice for the award for a few reasons. (Video via Def Jam Recordings)

First, he and MTV have a pretty rocky relationship. I know you remember when Kanye jumped onstage during Taylor Swift's acceptance speech at the 2009 VMAs.

Second, he's only been given two moonmen ever, although he's been nominated 30 times.

The most recent recipients, Justin Timberlake and last year's winner Beyoncé, each have at least 10 VMAs. And that's without including wins from when they were with NSYNC and Destiny's Child.

The third reason: Kanye hasn't had a new album out since 2013. When Timberlake and Beyoncé won, they were able to pull from a recently released album. (Video via MTV)

My theory on the choice? The VMAs need a ratings boost and it's Kanye to the rescue. Ratings have been yo-yoing the last few years and people still like to see what the "College Dropout" artist will do next.

And my prediction is almost every Kanye lover or hater will tune in to see if he actually debuts some music from his much anticipated album. For MTV's ratings sake, he probably should.