Is Yelp The Key To Reducing Restaurant Food Poisoning? 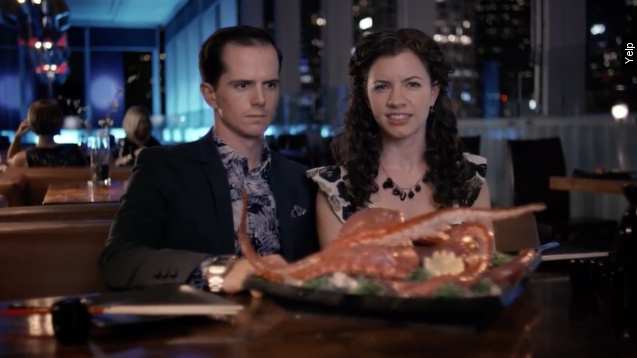 After many Yelp reviewers gave warnings days before a California restaurant was shut down, some are wondering if the service should be used to spot restaurant health violations. (Video via Yelp)

In mid-October, a San Jose seafood restaurant was closed by officials after more than 140 people became ill. A shigella outbreak is suspected. (Video via KPIX)

CNN reports Yelp reviewers weren't ahead of health officials in this case, but the review site has been helpful in cases in the past.

Yelp reviews alerted officials to three outbreaks in New York City in 2014. By searching for words like "sick," "vomit" and "food poisoning," researchers found restaurant-related illnesses that had gone unreported. (Video via Yelp)

The site has been accused of offering to remove negative reviews for a fee.

There's also been trouble with reviews that seem more political or social than fact-based.

For that reason, Yelp promotes certain reviews and removes others. But the choices Yelp makes might not be helpful to health officials. (Video via Yelp)

The CDC estimates one in six people gets food poisoning each year, but many of these cases go unreported.