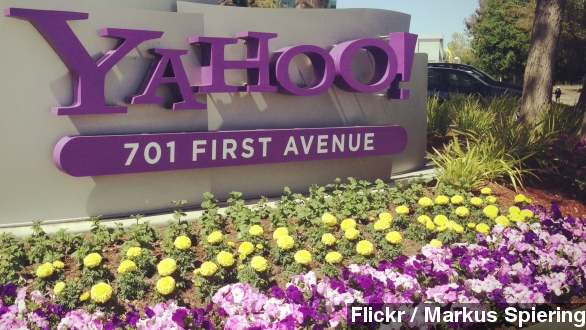 Yahoo's coming after YouTube, but not in its typical pay-lots-of-money-to-acquire-a-company kind of way. This time the Web company is drafting an alluring plan to reel in YouTube talent.

While YouTube is certainly the most popular video sharing service, those users who make money from ad revenue on the site have their complaints. (Via YouTube / PewDiePie)

According to Re/code, YouTube "takes a 45 percent cut of ad revenue [and] doesn’t offer guarantees" on ad rates. Yahoo plans to offer "better economics," as well as offering marketing and a chance to be featured on the site's homepage.

9to5Google notes this is the second major move by Yahoo in the video streaming space: "The effort is apparently the second phase of Yahoo’s video service strategy with the first being the rebranded video service it launched as Yahoo Screen a few years back and improved continually since."

Though it's not clear whether Yahoo will leverage Screen for the plan. Re/code's sources tell the outlet Yahoo could acquire a company like Vimeo to host the service.

And the report says it could also be building a content management system to power the new service.

Keep in mind Yahoo's gunning for YouTube's top talent — it's not in the immediate plans to open up the service for everyone's lemon challenge videos. (Via YouTube / Holly Jahangiri)

A writer for  TechnoBuffalo says despite YouTube's position as the cream of the video-sharing service's crop, Yahoo's move could work if it generates success: "If YouTube personalities see that, hey, others are enjoying themselves on Yahoo’s platform, there could be some sort of domino effect."