Is Whoopi Goldberg Being Forced To Stay On 'The View'? 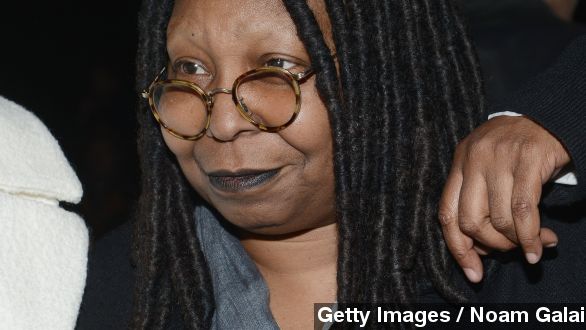 SMS
Is Whoopi Goldberg Being Forced To Stay On 'The View'?
By Lauren Zima
By Lauren Zima
February 18, 2015
Conflicting reports are surfacing about whether the co-host of "The View" will appear in a new ABC comedy pilot, which would be her first in years.
SHOW TRANSCRIPT

Believe it or not, reports of more drama at the "The View." Whoopi Goldberg was, or is, all set to play a lead role in a new ABC comedy pilot, but she may or may not have been pulled from it by ABC execs.

Tuesday evening, multiple outlets said Goldberg would star in a new comedy, "Delores & Jermaine," but that the filming schedule would let her keep her role as co-host of the "The View."

But Tuesday night, a very different claim from the New York Post, which cited anonymous sources.

The Post said Goldberg planned to completely leave "The View" to focus on the new show, and that ABC execs had changed their minds about letting her go because of Rosie O'Donnell's exit just last week.

"Thank you to all the cast here and the crew," O'Donnell said.

O'Donnell left after just five months back on "The View," saying she needed to focus on family and her health.

Still, Goldberg's not switching networks or anything here with the potential new show, so would it really be a problem for ABC? She weighed in with the Post and seemed to deny reports she couldn't do what she pleased — but also to hint at turmoil.

"I've always been able to come and go as I choose. ... I have a really good job, but I also have bosses. They make decisions. … Sometimes you don't like them, and you have to live with them."

The continued drama comes amidst months of reports on declining ratings and behind-the-scenes problems for the show. Things have been far from smooth sailing since Barbara Walters' departure last year.

Goldberg is the last woman standing from the old cast at this point, so ABC may feel it needs her to focus on pushing the show back to success. (Video via NBC / "The Tonight Show")

But if Goldberg does move forward with the ABC pilot, it would be her first full-time scripted series since about 10 years ago when she was on the short-lived NBC show "Whoopi."