Is Water The Cure-All It's Reported To Be? 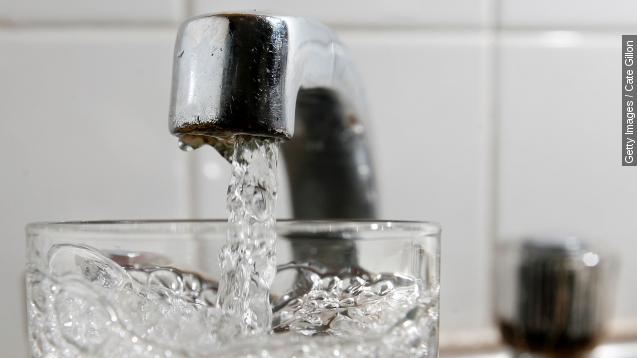 SMS
Is Water The Cure-All It's Reported To Be?
By Ryan Biek
By Ryan Biek
August 27, 2015
A new report says drinking water before meals will help you lose weight. But are there limitations in water consumption studies we should examine?
SHOW TRANSCRIPT

Water seems to get a lot of credit as a sort of cure-all, with a recent study promoting its use to lose weight. But should we be looking at water consumption studies a little more closely?

A study from researchers at the University of Birmingham in the U.K. found participants who drank 16 oz. of water before meals lost an average of nine pounds over 12 weeks, while the control group lost less than 2 pounds, on average.

The control group didn't drink water before meals, but its members were told to imagine feeling full. Though it's a small difference, it might be a confounding variable — a factor that could damage the validity of the experiment.

Water pre-loading isn't a new idea though. A Virginia Tech study from 2010 says subjects who drank about 16 oz. of water before meals lost 44 percent more weight than a true control group.

The only problem is the study was just three months long. It's reasonable to lean toward guessing those effects would last in the long term, but we can't say for sure.

Extrapolation could be a slight issue for other studies as well. For example, an oft-cited study that found water reduces subjective feelings of hunger had a sample size of only eight people.

A pediatric researcher wrote in The New York Times this week, "Contrary to many stories you may hear, there's no real scientific proof that, for otherwise healthy people, drinking extra water has any health benefits." It's unclear, though, if being overweight counted as unhealthy in his argument.

But studies have even argued the eight glasses-of-water-a-day recommendation is false. And it's been noted that the 1945 Food and Nutrition Board recommendation had an extra sentence: "Most of this quantity is contained in prepared foods."

We're certainly not trying to argue against the findings of the studies advocating water for weight loss; we just wonder if more conclusive research may be needed.